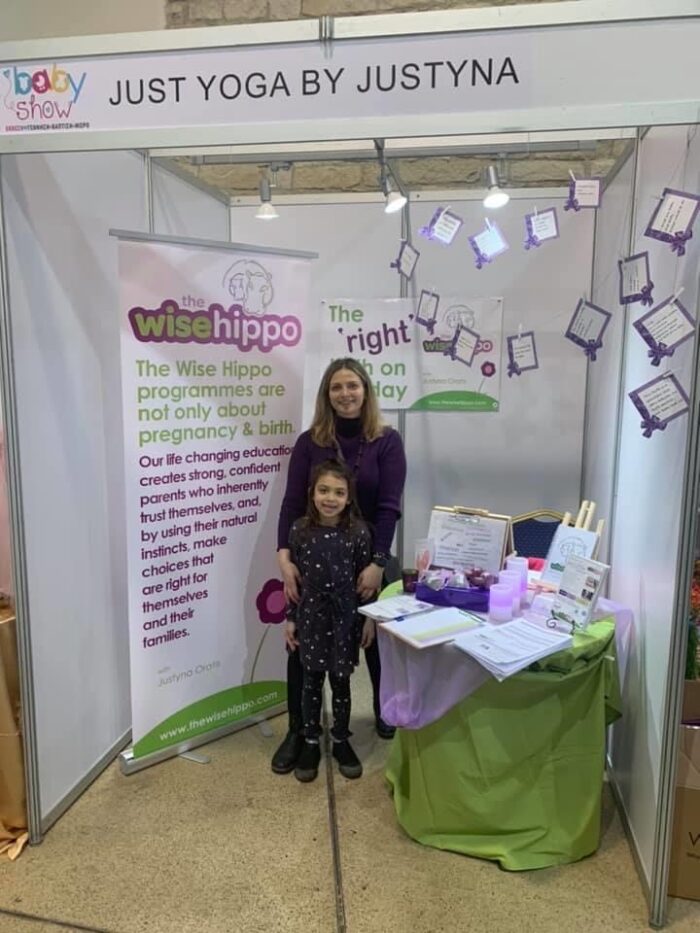 Hypnobirthing is a complete in-depth antenatal classes designed to release fear and build confidence during birth for a mother and her birth partner. It is a hypnotherapy created for a childbirth, which conditions the mind to relax and block negativity, so you stay calm, relaxed and in control.
In order to experience easy and comfortable birth women need to have an understanding of the way in which the uterus functions naturally during normal childbirth not affected by fear and the cycle of fear-tension-pain.
You can just read a book about hypnobirthing and you will understand all but when you do the classes it all becomes real and enables you to put it into practice yourself. A big part of hypnobirthing focuses on working with issue about fear of childbirth. There is relaxation, breathing and visualization. And then there is the important aspect of going through the birth with what to expect at each stage, and what you or your birth partner can usefully do at each stage.

How Hypnobirthing is different to the usual antenatal classes?

Hypnobirthing focuses on what can go right rather what can go wrong. We focus on the positive outcome which is calm, relaxed and in control birth. Firstly, it is about re-learning that birth is a positive and safe experience on a subconscious level through deep relaxation and visualization.
Through regular practice of hypnobirthing techniques when the birthing mother goes into labour she is confident and her body relaxes and opens with ease. Blood flow is kept to the internal organs to promote energy production, rather than to the arms and legs during an emergency response. The hormone Oxytocin is produced, which makes the uterine muscles work in labour. Endorphines are released, the body’s natural painkiller which can make her feel euphoric rather than painful. In result mother feels calm, relaxed, and in control of the birth.
However, if the mother’s subconscious mind has learnt that birth is dangerous, she goes into labour with fear and tension. Adrenaline affects her body, making it not work at its best. Her panic labour response is freeze- flight or fight state. Her blood goes into major muscles, hearts, lungs and not to her reproductive system. As a result, her contractions might feel very painful to her or may even stop and then interventions or even emergency c-section may follow, as she is unable to cope with labour. The experience becomes negative.
Hypnobirthing focuses on mother’s natural birth insticts and her confidence in her body during pregnancy and birth. Hypnobirthing teaches how to create a strong bond between the unborn child, the mother and her birth partner, so they know how to communicate and support each other during a birth.

Does it really work? 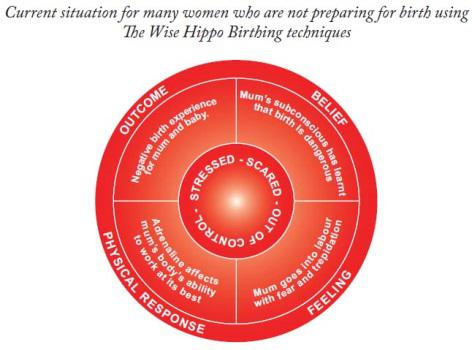 are many, many mothers who achieved the birth they wanted and you can find many testimonials and even dads’ reflections. You can follow some birth reports here and also here.
Also, well known people and celebrities who did hypnobirthing are shown in media. The media’s coverage of Kate, Duchess of Cambridge birth of future King couldn’t have been better. When Kate went against many of the standard Royal protocols to birth her baby how she wanted, and not how others dictated it should be, she helped open the minds of many more women to the possibility of birthing their babies in a way that is right for them.
Royal Volverhampton Hospital NHS Trust Birth Statistics 2012 shows that the rates of emergency c-section, elective c-section, instrumental deliveries drop down by 20% when mothers are practising hypnobirthing techniques.

What are the benefits?

Also, for second time birth or subsequent births, mothers who used the techniques report feeling more in control, confident, relaxed and focused, and less fearful, than during their other birthing experiences.
Moreover, babies tend to be more alert and establish breastfeeding better after a natural birth. They tend to have higher Apgar scores at birth and 5 minutes later. Babies are calmer, feed better, sleep better, have less instances of colic, reflux and other common conditions and experience less trauma, because they are gently and calmly breathed into the world at their own pace.
Dads and birthing partners become more involved and many hypnobirthing Dads report feeling more connected with the pregnancy and baby. There is no fear of labour and birth on the part of Mum, Dad or birth partner or baby. Birth partner becomes a central part of the birthing process, helping the birthing mother to stay calm and focused on the techniques they been taught. As a result, the fathers feel proud to have been able to help, and to be an active part of the birth.

What if my doctor says I may not have normal delivery and I may need interventions or even C-section?

Every intervention in pregnancy or labour has an up-side, and also a down-side. In each individual case the upside or the downside will be more important and, when a decision is to be made, it’s good to be an informed one and to talk it through with your medical team. It’s also good to look at the alternatives. While stressing the importance of listening to the advice and experience of your medical team, hypnobirthing goes through all the options and gives you positive practices to use at each stage of pregnancy and labour.
The perfect birth is one in which the mum and her birthing partner felt they were always in control, even if that meant making the decision to hand the birth over to the experts because they were special circumstances.

Do we need hypnobirthing in Cyprus?

According to statistics of Ministry of Health of The Republic of Cyprus almost every second baby in Cyprus is born through C-section. In 2014, 56.9% of overall births were by caesarean section and 43.1 % normal including vaginal instrumental delivery. Moreover, 41,4% of the caesarean was planned and 15.5% emergency.
Did all the mothers really need to plan a C-section? And were all the emergency c-sections necessary? Were the mothers all not fit to give birth naturally? Were they simply scared of birth?
According to The European Perinatal Health Report 2010 the variation in caesarean section rates in Europe reflects the differences in approaches to childbirth in Europe. The risk factors for caesarean section — such as maternal age or parity — are not sufficiently marked to explain the wide disparities. Countries with high proportions of older mothers have both high (Italy and Portugal) and lower (the Netherlands and Finland) rates. Cyprus had the highest overall caesarean rate at 52.2% ( and it is now even higher, at 56.9%, according to Ministry of Health’s perinatal report), followed by Italy with 38.0%, Romania with 36.9%, and Portugal with 36.3%. Germany, Luxembourg, Malta, Poland, and Switzerland also had rates of 30% or higher. Everywhere else, rates were below 30%. The Netherlands, Slovenia, Finland, Sweden, Iceland, and Norway had rates below 20%.
Hypnobirthing is about informing the birthing mother and their birth partners so they make informed choices leading to more conscious parenting, starting from pregnancy. Understanding the need to change the approach towards birth to a more natural one, would eventually lead to fewer rates of caesareans, , since only the truly necessary ones would be performed. The right education builds confidence in the mothers’ ability to birth.

Article written by Justyna Oratis from Yoga & Birth. Find the hypnobirther in your town in our directory.